The Uchiha Clan doesn’t use the shadow clone Jutsu for a few reasons. I’m gonna list them….

For example, Madara has the Wood Clone Jutsu. Itachi and Shisui have the Crow Clone Jutsu. And Kakashi (Not an Uchiha but uses his Sharingan more often than a real one) uses the Lightning Style Clone. Itachi used a special variant of the Clone Jutsu. What made it special, is the fact that the clone can EXPLODE. The Second Reason applies to Sasuke alone. People say Sasuke doesn’t use clones because it doesn’t fit his style. But the real reason is that he sees Shadow Clones as a sign of weakness and as a way for people to display how lonely they are, by having fake beings solve your problems and help your need for company. 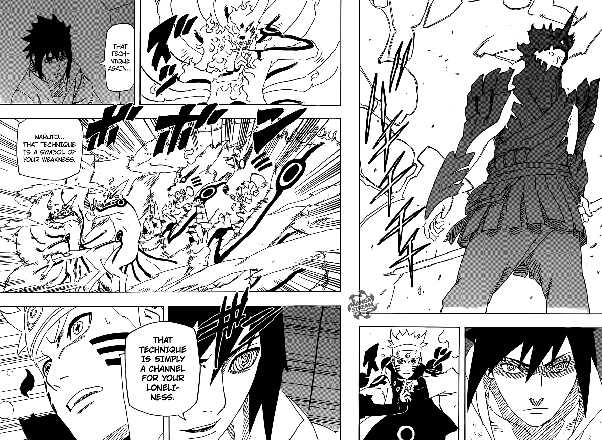 The third reason applies to all Uchiha Clan Members. They most likely used them occasionally. But from what I’ve seen, Uchiha Clan members are usually arrogant and prideful. But they have this superior attitude for good reason. With their Sharingan and Chakra Quality and Reserves above that of your average shinobi, they naturally excel in Ninjutsu, Taijutsu, and Genjutsu. Which is why they were feared. Against most opponents they faced, chances are they were superior in combat and can take down foes without the Shadow Clone Jutsu.

The Senju were their rivals for their vitality. Which means they were basically tanks that could shrug off heavy hits and outlast an Uchiha in a long run.

Share itWho would win, Sage Mode Naruto (Only Pain Arc) or Akatsuki Sasuke (Pre-Kage Summit)? Pain Arc only? So that means Naruto has Five Summonings to help him in his battle. Hence, Naruto is stronger. Well, he should be faster and more durable as well. I say ‘should’ because Sasuke’s no pushover when it comes to speed. But, his Sage Mode has...

Share itWho is the weakest Hokage? First, let’s address the fact that none of the Hokages are weak. They all are Masters in their own right. But when you compare all seven Hokages to one another, you get two names who are Off the Charts. These two are monsters. They can destroy one of the...