Pain Arc only? So that means Naruto has Five Summonings to help him in his battle. 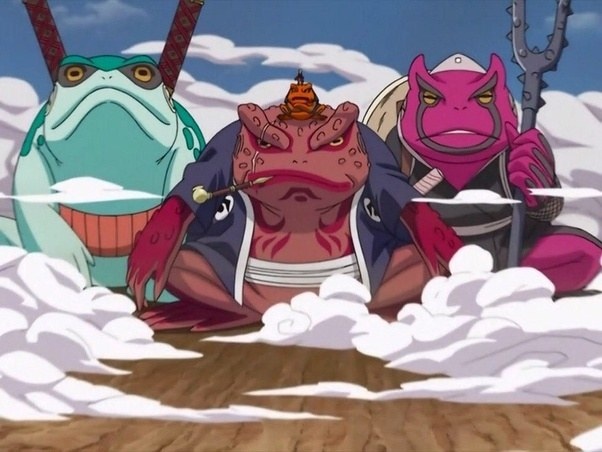 Well, he should be faster and more durable as well.

I say ‘should’ because Sasuke’s no pushover when it comes to speed. 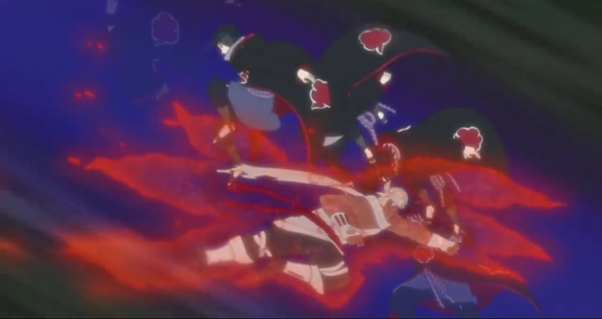 But, his Sage Mode has a Time Limit. Especially since Kurama denied Fukasaku merging with Naruto for basically unlimited Sage Mode.

So it’s still not gonna be too much of a difficult hurdle for Naruto to overcome.

His main problem which could potentially cost him the fight, would be this: 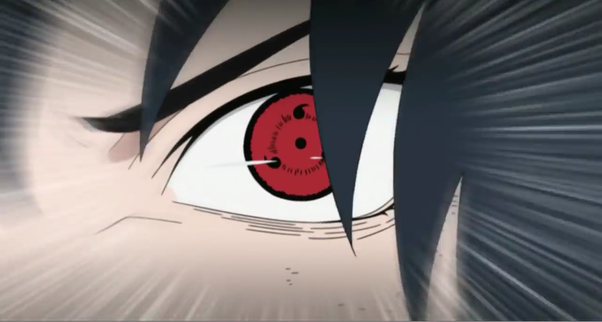 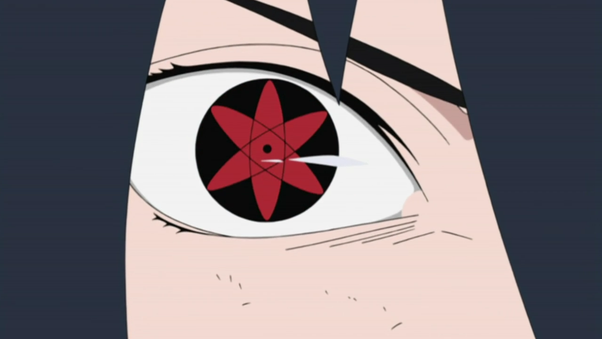 With those eyes, Naruto’s Five Summonings could be used against him.

With Genjutsu. The Sharingan’s basic genjutsu was able to put Manda, Orochimaru’s personal summon that is stronger than Gamabunta in a Genjutsu in mere moments. 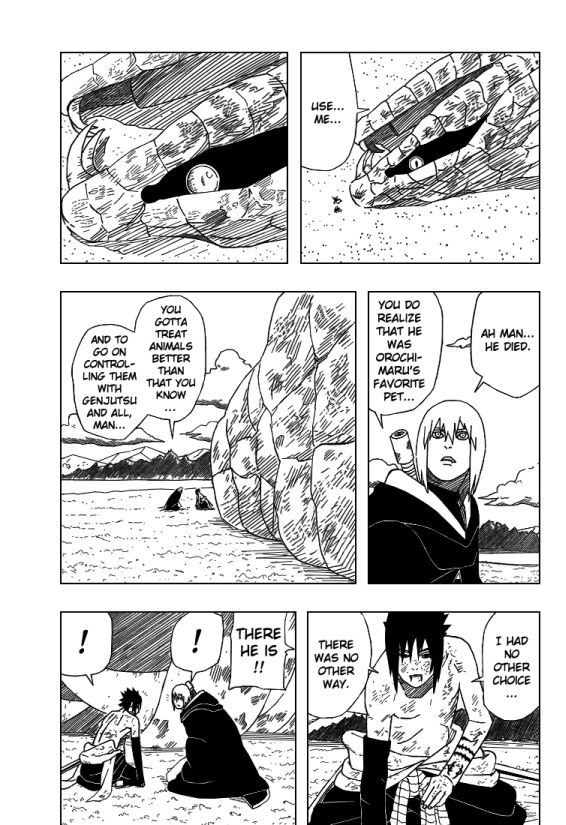 Absolutely Nothing is stopping him from putting Gamabunta and the rest in Genjutsu and controlling them.

Which forces Naruto to fight them and he’ll either lose or he’ll expend his Nature Energy fighting them.

No Nature Energy should mean a definite loss.

If he doesn’t put the summons in Genjutsu, then Sasuke will lose, quickly.

One of Ma and Pa’s abilities that they could use, while with Naruto, happens to be a Genjutsu. 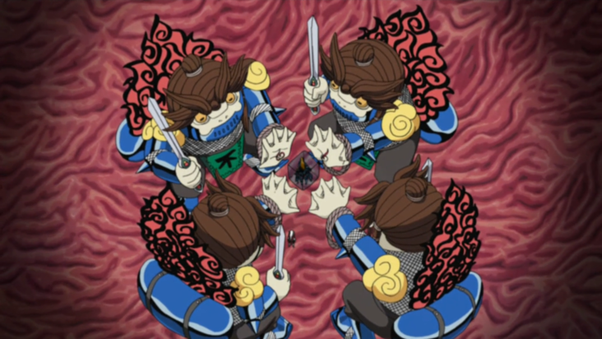 However, the Sharingan can see through Genjutsu. Effectively rendering the user “immune” to Genjutsu.

With Sage Mode’s precognition, Naruto can sense danger and incoming attacks. So he should be able to dodge Amaterasu.

And if all ends fail and the weather is right, Sasuke can use Kirin. 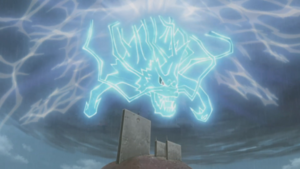 And without a shred of doubt.

It’s going to be a one hit kill if it’s used.

Have you seen the blast radius??? 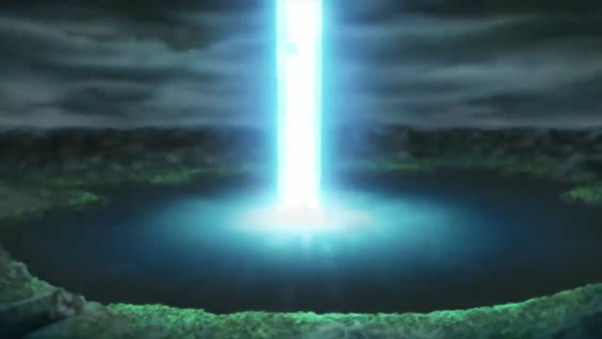 It was enough to completely envelope Kurama.

If Naruto relies on Kurama, believe it or not, he has a higher chance of losing.

Because he would lose Sage Mode’s precognition and wouldn’t be able to dodge Amaterasu effectively.

And Amaterasu is extremely effective against Tailed Beasts or their variants. 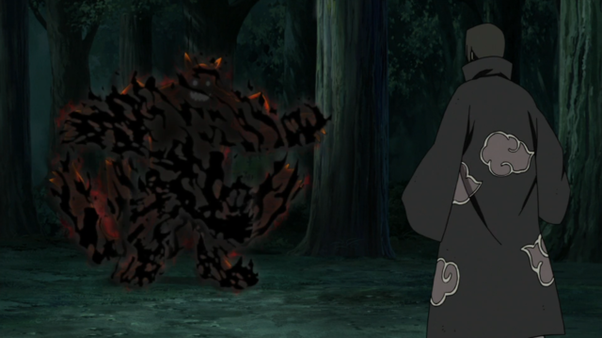 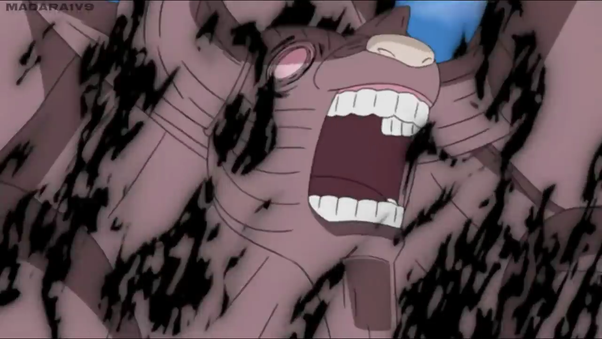 And if Kurama reaches the Ninth Tail without Sasuke dying to one of the earlier Tails.

Then Kurama has the highest chance of losing the fight.

Woah, I sense the rage in advance from typing the above.

Naruto is unconscious when Kurama takes over his body. Which means that Kurama is in charge and that they’re not in sync as a Perfect Jinchuriki.

Which also means that this could happen to Kurama. 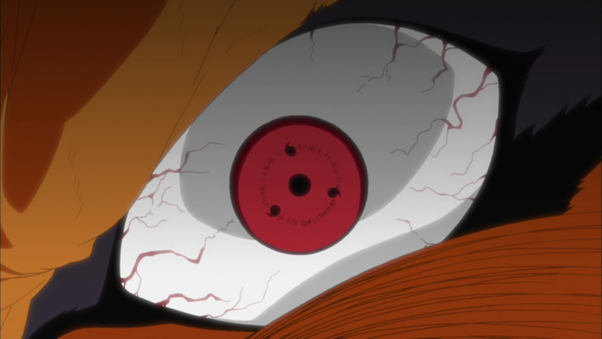 And once Kurama’s under genjutsu, then the battle is over.

If they were in sync then this would happen again. So to recap, this is a typical Naruto vs Sasuke situation whereas Naruto has a great amount of raw power and Sasuke has a number of techniques or moves that can push his overall prowess to the same level as Naruto.

Naruto is without a doubt more powerful than Sasuke especially at that time, but Sasuke’s abilities are far more dangerous and can counter and even overwhelm Naruto’s arsenal of Summons and Jutsu.

If it’s a head-on battle. Then it’s Naruto’s win.

If it’s a somewhat lengthy battle with strategy involved. Then it’s Sasuke’s win.

While these two aren’t equal (If you haven’t read me saying how Naruto’s more powerful.)

They possess equal opportunities to kill each other.

Or not. As you can see, I accounted for Naruto’s morals and his ‘No-Killing-Sasuke-Rule’ which is why he’s not bloodlust, and he will definitely hold back and not use the Rasenshuriken. If you don’t know, the Rasenshuriken will kill Sasuke the moment it explodes and if Naruto doesn’t pull his punches then Sasuke will be dead in minutes.

Who are your Naruto, or Naruto Shippuden’s favorite characters?

Share itHashirama Senju and Minato Namikaze. One almost made Madara’s hair turn white with frustration in their youth the guy was creating flowers in their fight. This guy’s jutsu was just all over the place and even Madara asked himself at some point if hashi creating a forest in their fight was necessary at all...